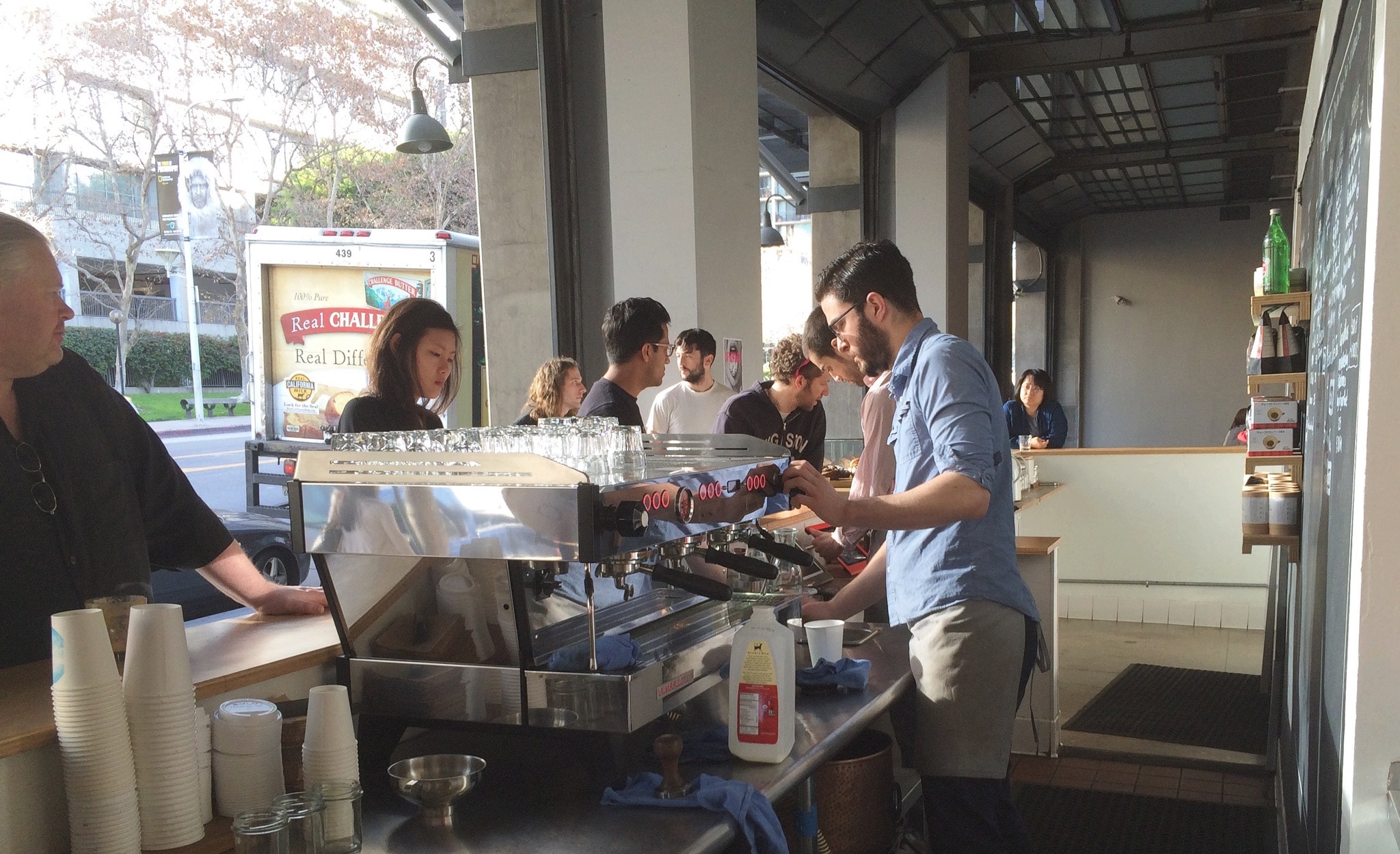 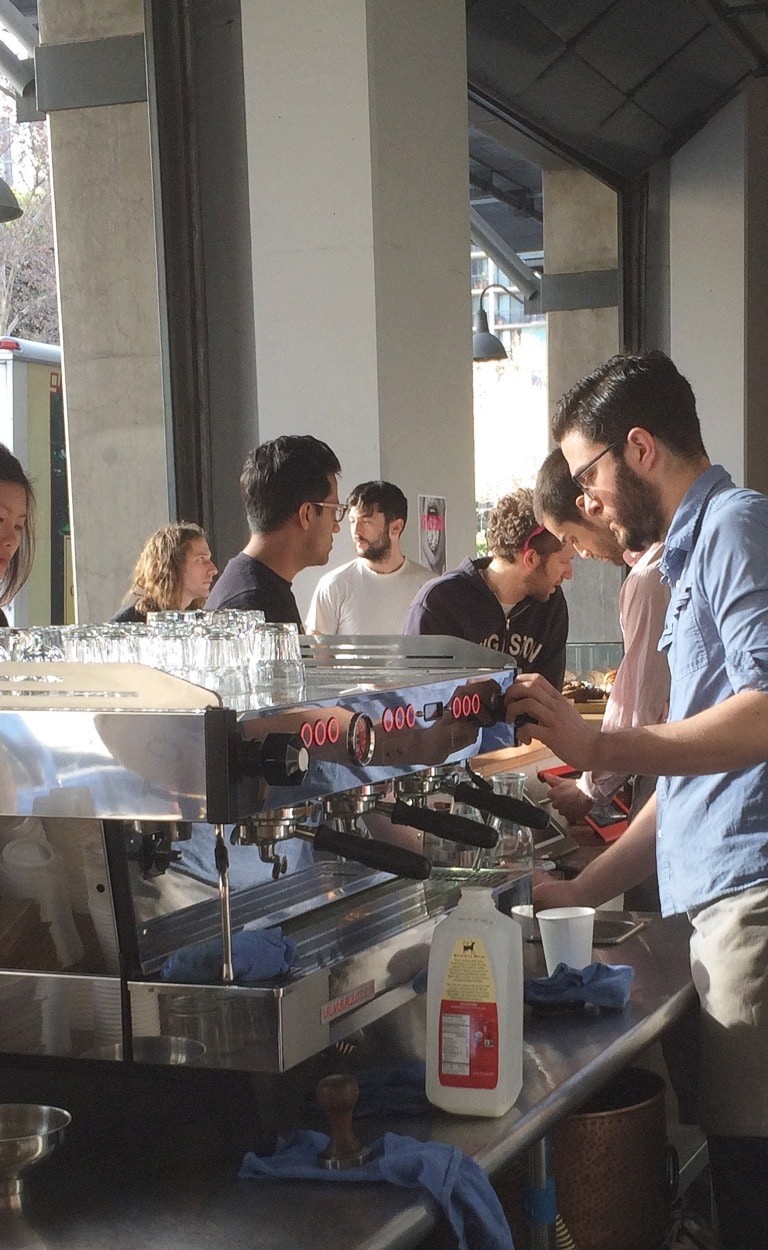 A couple months ago we did a survey of our readers to learn about people’s drink preferences. We enlisted the help of current US Barista Champion Charles Babinski to help us understand the results and hear how to make the best drinks for people’s preferences.

If you haven’t already, you should check out part one of our conversation with Charles, where he gets into the fiddly (but important!) differences between milk drinks and more. We’re back this week with the second part of our drink preferences survey results and interview.

On to part two! 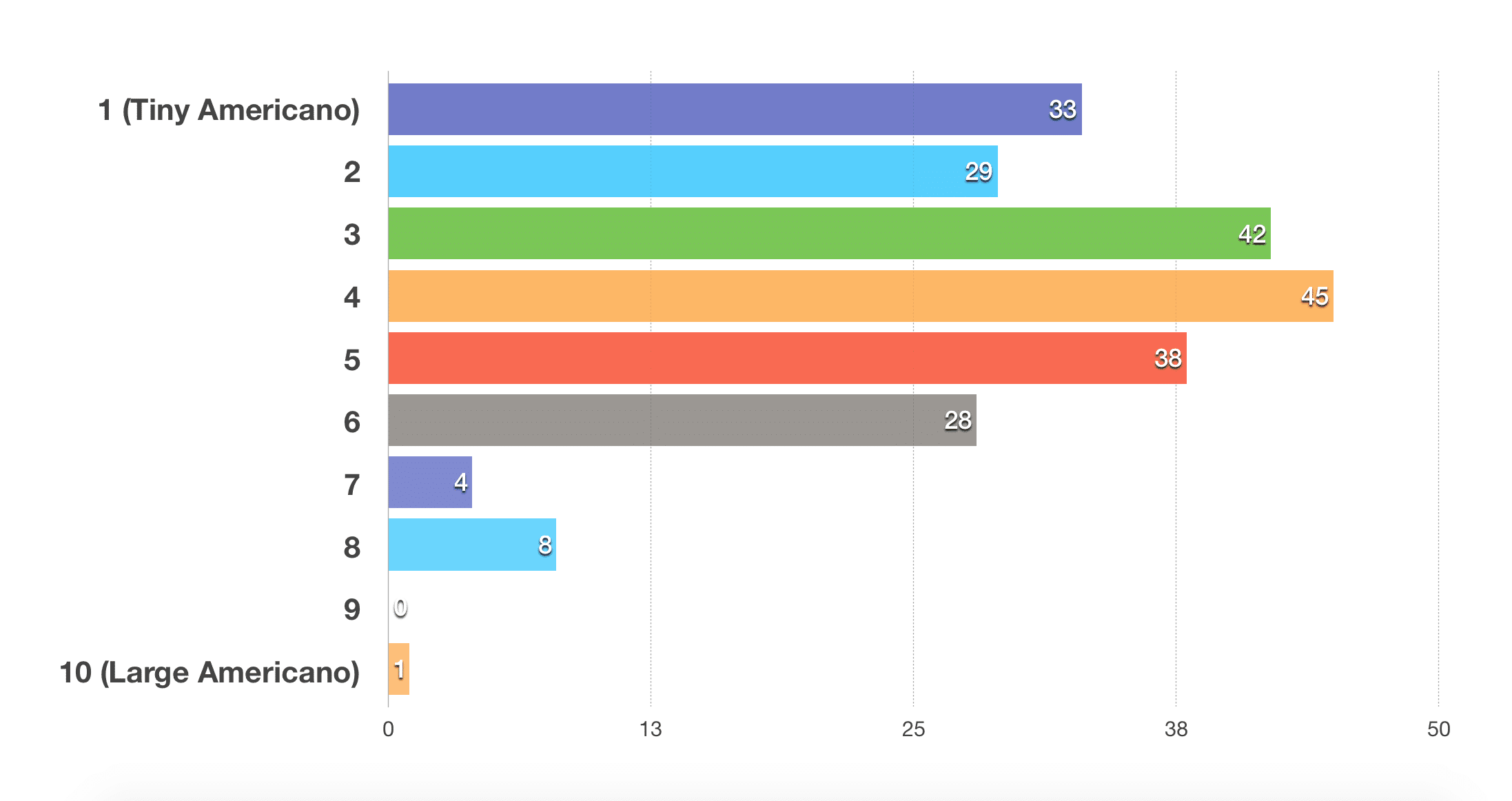 For Americanos, there was plenty of appreciation for the 4-6oz Americano. Do you have any suggestions on making the perfect Americano? Especially a small one?

I think short americanos are easier to make, which is probably the reason why people who drink a lot of americanos enjoy them.

Why are they easier to make?

Because it’s really easy to make an americano that is weaker than your filter coffee is, I think that’s the norm in a lot of coffee shops I’ve seen,

There’s a couple things going on—people have bad experiences with longer americanos, people do double shot americanos in a 12oz cup, and sometimes they’re not even getting sufficient extraction so you’re looking at 17g worth of coffee going into twelve ounces, which is not going to do it.

Then there’s the moka pot thing—I like moka pots, because there is this great middle ground between espresso concentration and filter coffee concentration. Where you’re getting good strong coffee that’s not espresso. We don’t have a whole lot of drinks that fall in that range—and moka pots are not the greatest brewers—so, the short americano is probably the easiest way to do that.

I’m not a humongous fan personally, but I understand the appeal. I don’t drink tons of americanos but when I do they tend to be a little longer, in the 6-8oz range, remember also with our shot length that a 4oz might not even be a 1:1 water ratio.

Question: What sorts of things do you add to your espresso? 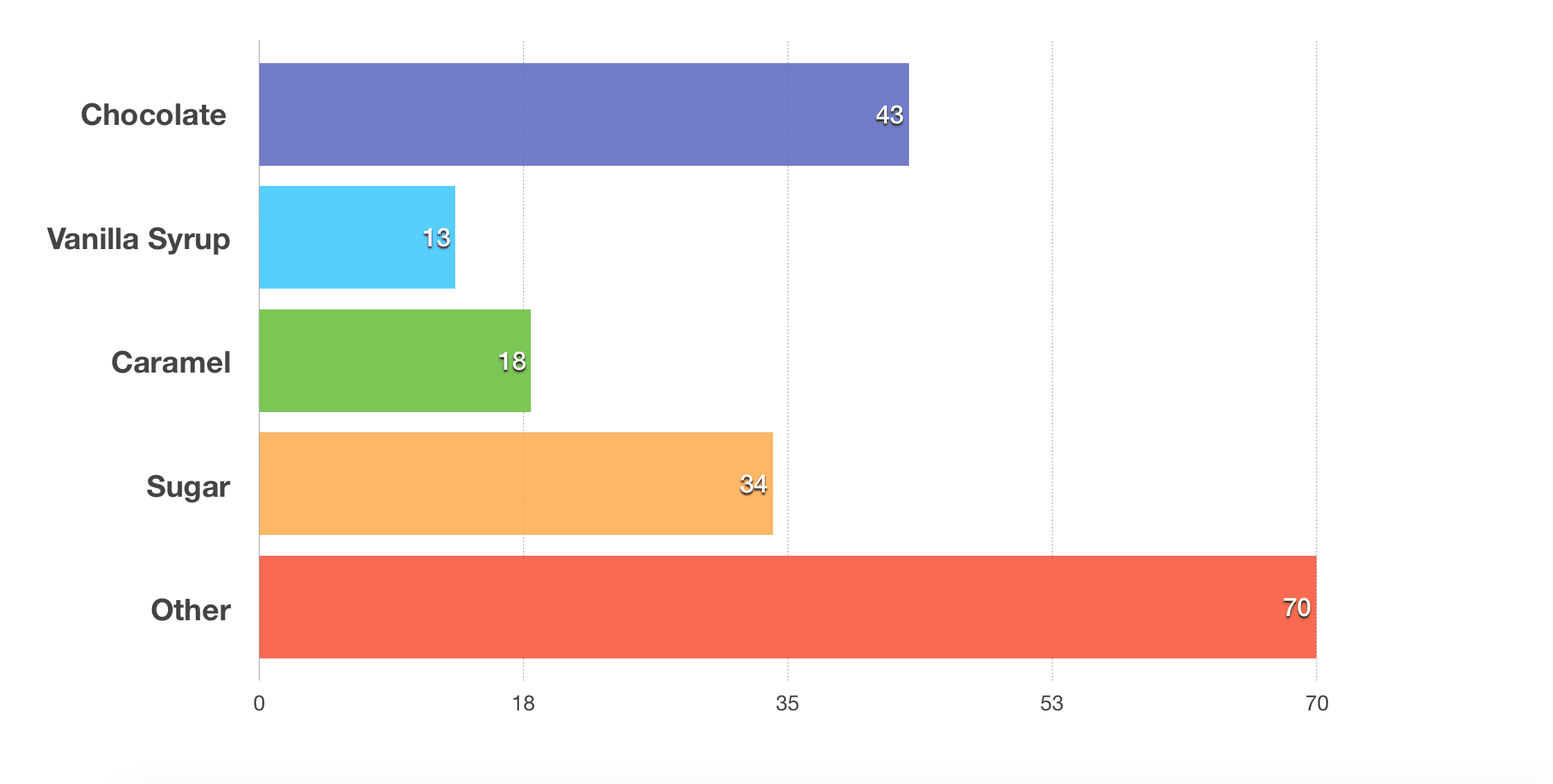 In terms of other things to add to their espresso drinks, we found lots of chocolate and various sorts of sugars, in addition agave, cayenne, cardamom. What is your favorite addition when you get fancy with your espresso drinks?

This is something I’ve thought a lot about over the years because of the barista competition. Additives depends on style—there are obvious differences if you are pulling low acidity but heavy roast flavor, short espresso, then you want things that are heavy, full, encompassing, creamy, rich. Cream in milk, or caramel, stuff that feels denser works with those flavors.

With lighter, cleaner, more acidity shots, the aromatics stuff is always great. That’s why hops and espresso, you can do really cool things with it, the flavors work really well. That’s why this year I used juniper and grapefruit, which are super aromatic, both of those things worth really well.

No, it’s even better! We need more drinks that don’t have coffee in them. There are so many things in shops where you’re like “that sounds so delicious, if you just took out the coffee.”

It’s the same thing with cascara right now. Like, why don’t you just put cherries in? It would taste so much better. You don’t need cascara. It tastes like coffee farm.

Okay, back to the condiments question. What’s your favorite sweetener?

Honestly, just sugar or simple syrup. It’s the most flavor neutral. As much as I love honey and molasses on their own, they’re not flavor neutral and the flavors don’t really work with espresso all the time.

We serve iced americanos. We found that undisciplined, we erred towards doing much lower concentrations, and it was even more pronounced than hot americanos, it would just taste like watered down coffee.

We adjusted the recipe to be one that’s a little more flavorful. We do 40-50 gram shots, 100 grams of water, and then ice, and we use bigger ice cubes, filling a big 16oz cup with ice. The liquid winds up going about 2/3rds up the cup.

Iced espresso is good too. Once you put ice in it, it’s become an iced americano over time, and I appreciate that that is a nice experience. One of the coolest things about iced espresso is you’re getting to sit with something and let dilute a bit, you get that initial jolt and then get to savor it a bit over time.

We’d like to say a big thanks to Charles for sharing his thoughts on the wonderful world of coffee beverages. We found it insightful and hope you did too!