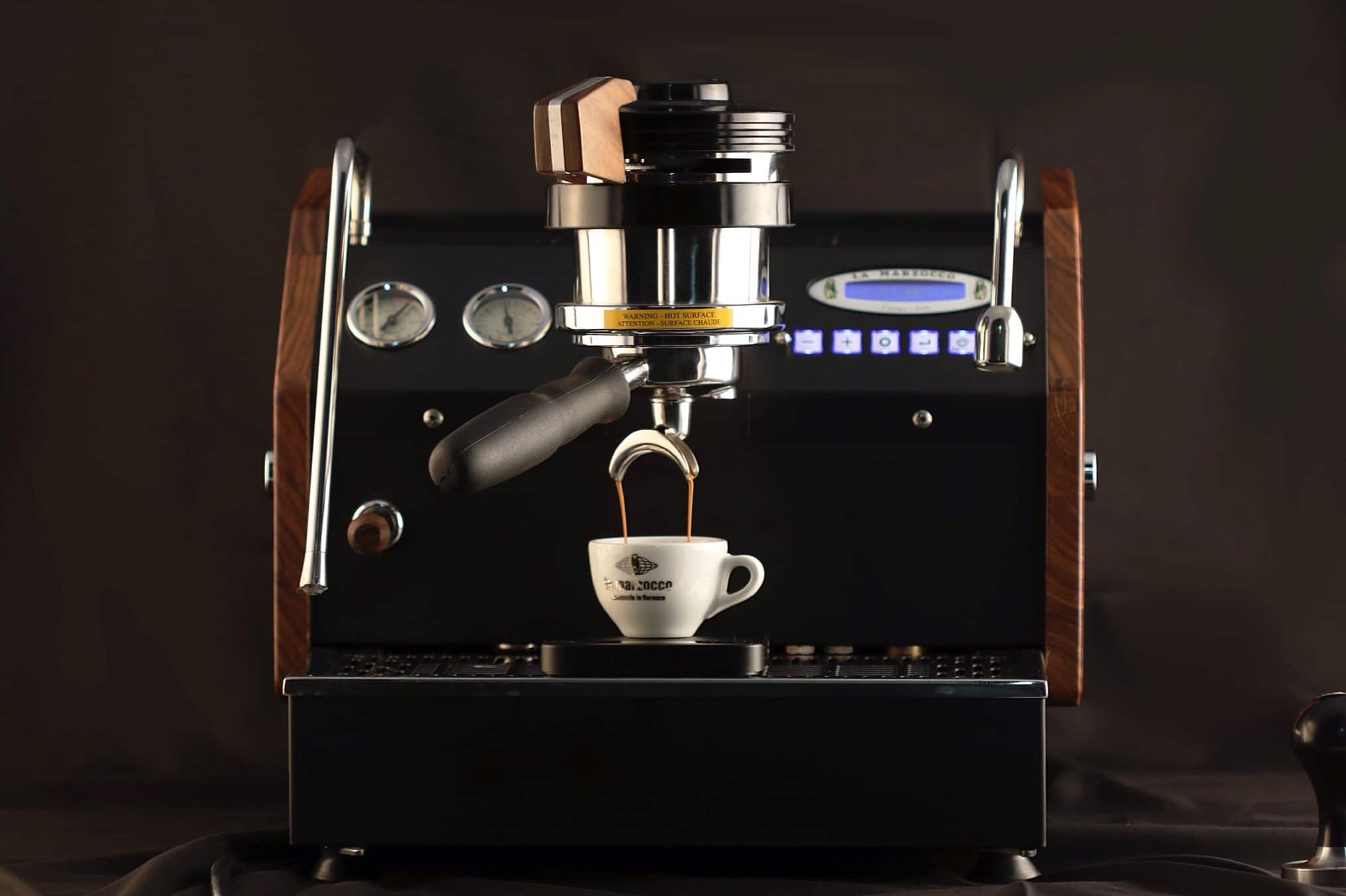 It’s a beautiful machine, and while its found its place on many kitchen counters, it makes espresso and steams milk to the level of any other commercial machine on the market. This didn’t happen by accident. There’s a story to this machine, and it has an incredibly rich history.

How did we get here, and what makes the machine so special? To answer those questions, we have to start back in 1970, when La Marzocco launched the first GS machine. 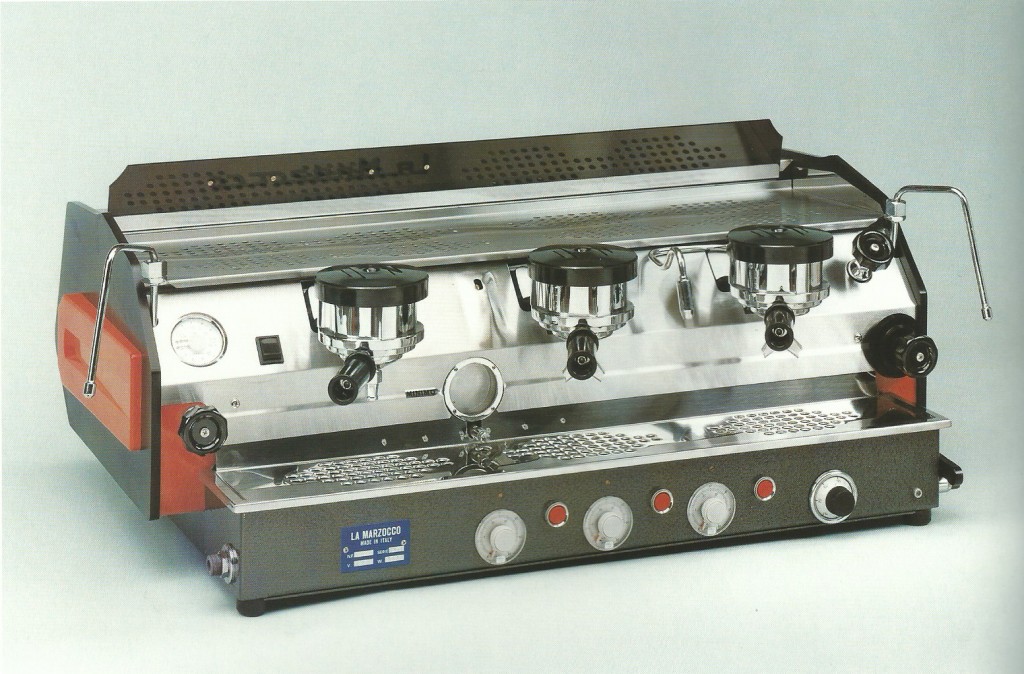 The GS was the first successful commercial machine to have two separate boilers—one for brewing coffee, and the other for steaming milk. The GS revolutionized workflow for baristas and maximized efficiency in cafés; there was no longer a need to wait for boiler pressure to build back up before brewing more coffee.

The machine also brought something else to the table— the saturated grouphead (gruppo saturo). By welding the grouphead directly into the boiler, La Marzocco’s saturated group allowed for incredible leaps in temperature stability and consistency. Ultimately, the introduction of the dual boiler system and saturated grouphead on the GS set the stage for the modern cafe that we know and love today.

Fast forward to the early 2000’s. At that time, La Marzocco found itself in a transition period. Starbucks, who exclusively used La Marzocco machines during their early expansion, made the decision to switch the majority of their machines to super-automatic espresso machines. Finding itself at a crucial point in the history of the company, La Marzocco pivoted, and began sponsoring the World Barista Championship. Working closely with baristas and specialty shops around the world, they began to gain a better understanding of the needs facing the modern coffee shop. An emphasis on brew temperature gave way to the most temperature stable machine on the market in 2005—the GB/5.

But something else happened during the development of the GB5—the La Marzocco owners began thinking about what their dream home espresso machine might look like. The ability to run on a standard 110 volt outlet was an obvious necessity, and it had to be smaller than a commercial machine, but why stop there? Why sacrifice quality? All of the recent work in developing the GB5 had led them to believe that a home machine that could function with some of the same qualities as the GB/5 and other commercial machines. With these ideas as the major building blocks of the machine, La Marzocco developed the GS3.

Released in 2008, the GS3 has found its way into quite a few high-end restaurants, catering companies and some very fortunate personal kitchens. It’s with great excitement that we announce the launch of La Marzocco Home. We’re pretty thrilled to be able to have direct contact with home baristas and to be here as a resource for you as you begin your journey of making delicious espresso at home.

We can’t wait to introduce the joy of making café quality espresso at home to more people.