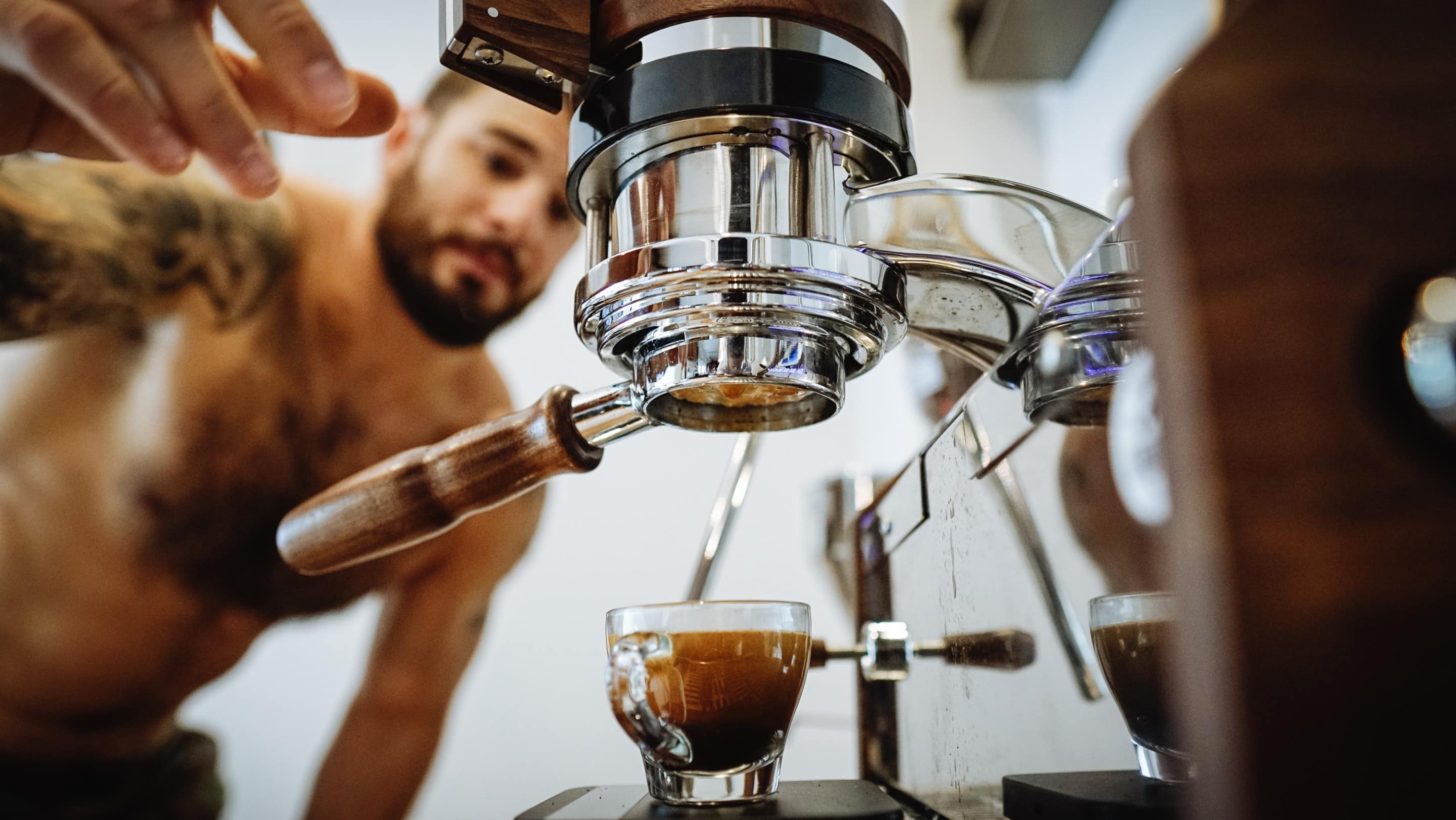 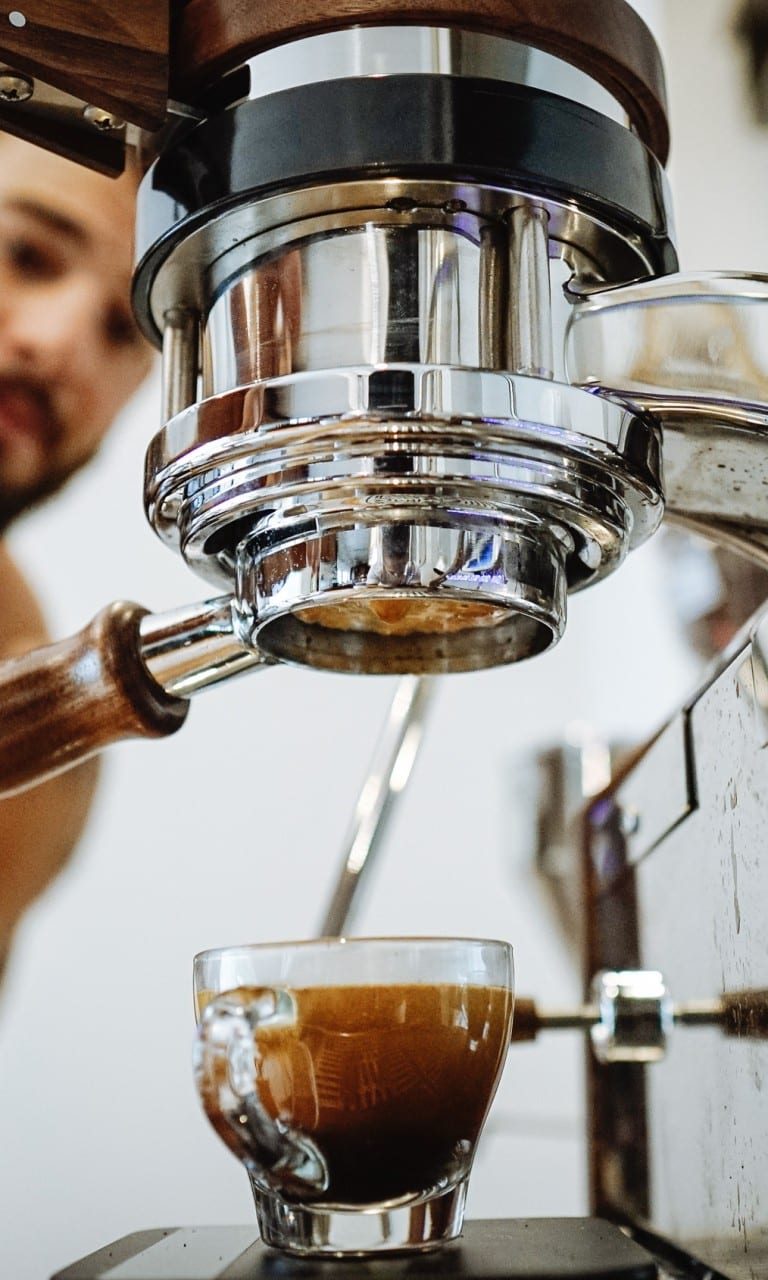 The Fittest Home Barista on Earth

If you’ve explored the world of Instagram fitness—or plugged into sports in any way—chances are you’ve come across Mat Fraser. At just 29 years old, Fraser is the reigning “Fittest Man on Earth,” taking the title at the 2016, 2017, 2018 and 2019 CrossFit Games. But somewhere in-between training six hours a day and traveling for public appearances, Fraser has also become an accomplished home barista. The proud owner of a custom Stainless & Walnut La Marzocco GS3 MP, he now brings the same precision and focus that made him a champion to every morning’s espresso.

You were raised by two Olympians [Canadian figure skaters Don Fraser and Candace Jones]. How did that shape your sense of competition and ambition?

When my brother and I were growing up, our parents were just parents: a family physician and a stay-at-home dad. They were proud of what they accomplished, but after they hung up the skates, they weren’t “living in the glory days.”

I can remember rummaging around in our basement and finding these giant gold trophy cups. There were like 5 of them—3 feet tall. When I asked my dad about them, he simply said, “Oh, those are from the World Championships.” But there they were, just shoved in a corner of our basement.

That said, there was still this sense of, “If you’re going to do something, do it to your full extent.” If I wanted to try something, and then I lost interest, my parents still made me follow through on that commitment. But beyond that, they supported us in whatever we wanted to do. I just happened to go the sports route, while my brother was more of a musician and artist.

Before you were the “Fittest Man on Earth”, you were a Mechanical Engineering student at the University of Vermont. Would you say that you approach fitness with a mathematical or scientific approach?

Absolutely. I’m super comfortable with numbers. Doing what we do [in competition], there’s a lot of on-the-fly calculating. In a four-round workout, looking at the times from a previous heat, I’m constantly calculating how much I have to speed up or if I have room to slow down on a certain exercise.

Do you apply that methodical perspective to the rest of your life?

Back when I was still at UVM, my life was anything but balanced. I was living in my parents’ basement, didn’t have a job, and was just going to school and training. It was out the door at 6am and back at 10pm. I didn’t cook for myself, I didn’t clean, I barely had any furniture. I just had two priorities—school and CrossFit—and if something came up that wasn’t those two things, I didn’t give it much attention.

But today, my life is incredibly in balance. Now that I have the support of [my fiancé] Sammy and a great manager, things look a little more normal in terms of curbside appeal. And that’s an important thing to say, not only about myself, but about anyone who is a master of their craft. They’re only able to be the best in the world because there is balance in their life and because there is a group of people around them who make that possible.

When did coffee become an important part of your routine?

I first discovered good coffee in Australia. I was out there for a trip, and the coffee was just unreal—like nothing I had ever had before. The people I was there with explained that Australia was known for having the best coffee in the world, and that sparked my interest.

From there, I was on another trip in Italy, and I saw that everyone had these handmade espresso machines in their homes. It was just another standard fixture, like a refrigerator or a stove. I was still more-or-less a broke college student, so I found one that I could afford. But I quickly learned that just putting coffee in a portafilter wasn’t going to give me what  I was looking for.

What drew you to La Marzocco and the GS3?

When I first was introduced to the La Marzocco team, they showed me the Linea Mini. But when they learned about my engineering background, they could tell I’d appreciate the ability to play with all the variables on the GS3. When it got delivered, I was ripping the box open like a kid on Christmas morning. But then there’s that feeling of “Oh crap, what do I do with this?”

In the first two days, I went through two pounds of beans from this local Vermont roaster, and every shot tasted like battery acid. I actually drove over to that roaster to talk to him, because I couldn’t drink anything I was making. The guy asked how much I was dosing, which was 17 grams. He told me to try 18, and I just thought he was just giving me a hard time. But as soon as I tried it…perfect shot. It was mind-boggling that such a tiny amount of coffee could take you from nine-volt battery to something smooth and delicious.

What role does espresso play in your daily routine?

When I’m not training, I’m a morning person. But with the intensity and volume that we put in close to competition, I get a minimum of nine hours of sleep a night—usually trying for ten. And when you wake up in the morning, you’re still tired and sore. So obviously, the caffeine is a helpful pick-me-up.

But beyond that, I actually see making coffee as a way to set-up my whole day. If I start the day with sitting on the couch, surfing my phone, it sets me up to be lazy. So when I was picking out my espresso machine, I wanted it to be a small process—something that has a sense of achievement when you finish. With the GS3, there’s no push-a-button-and-you’re-done. After taking the time to make myself a great espresso, I’m already thinking “What else am I going to tackle today?” The hands-on nature of the process really sets the tone [for everything that comes after].