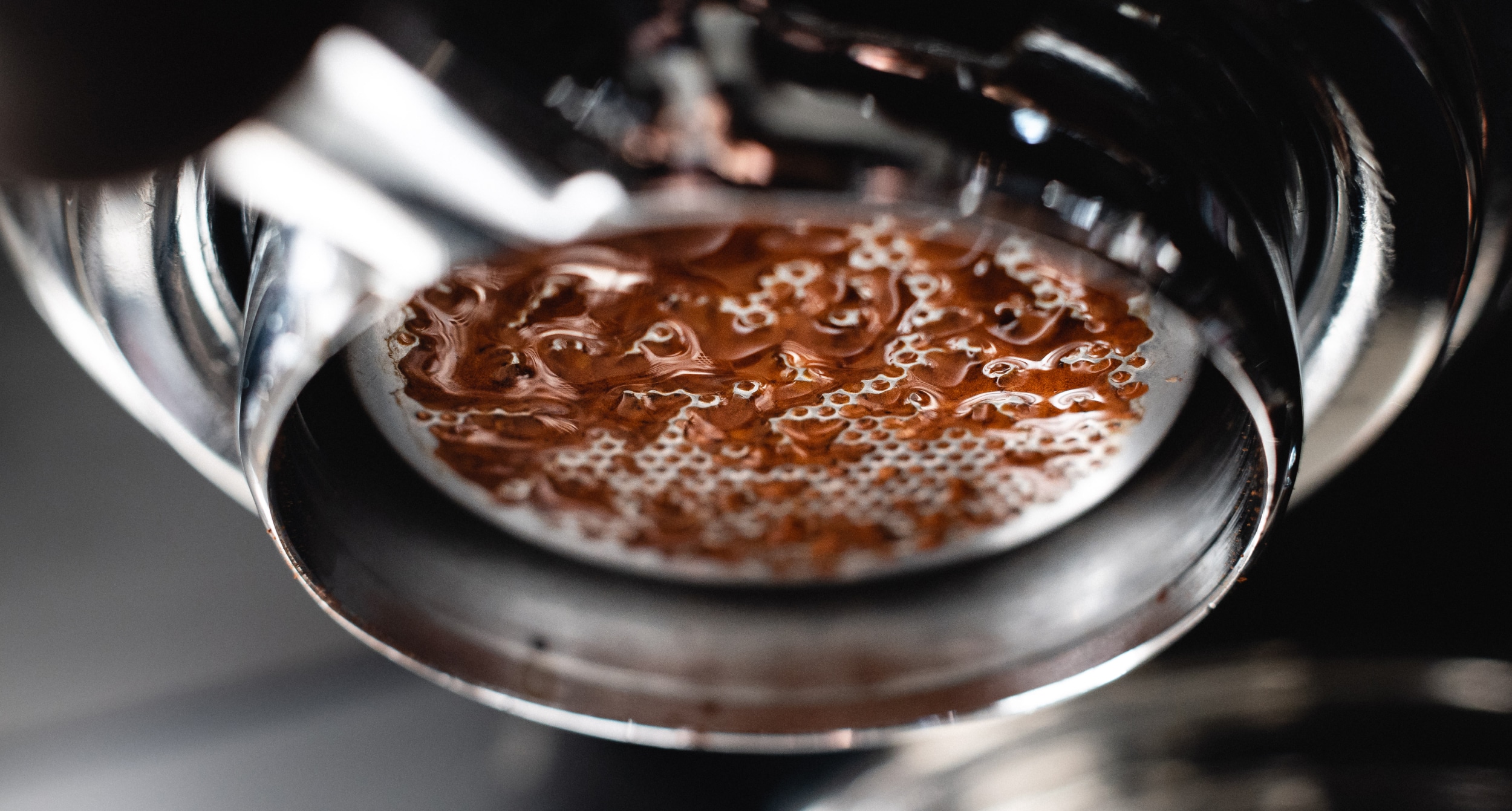 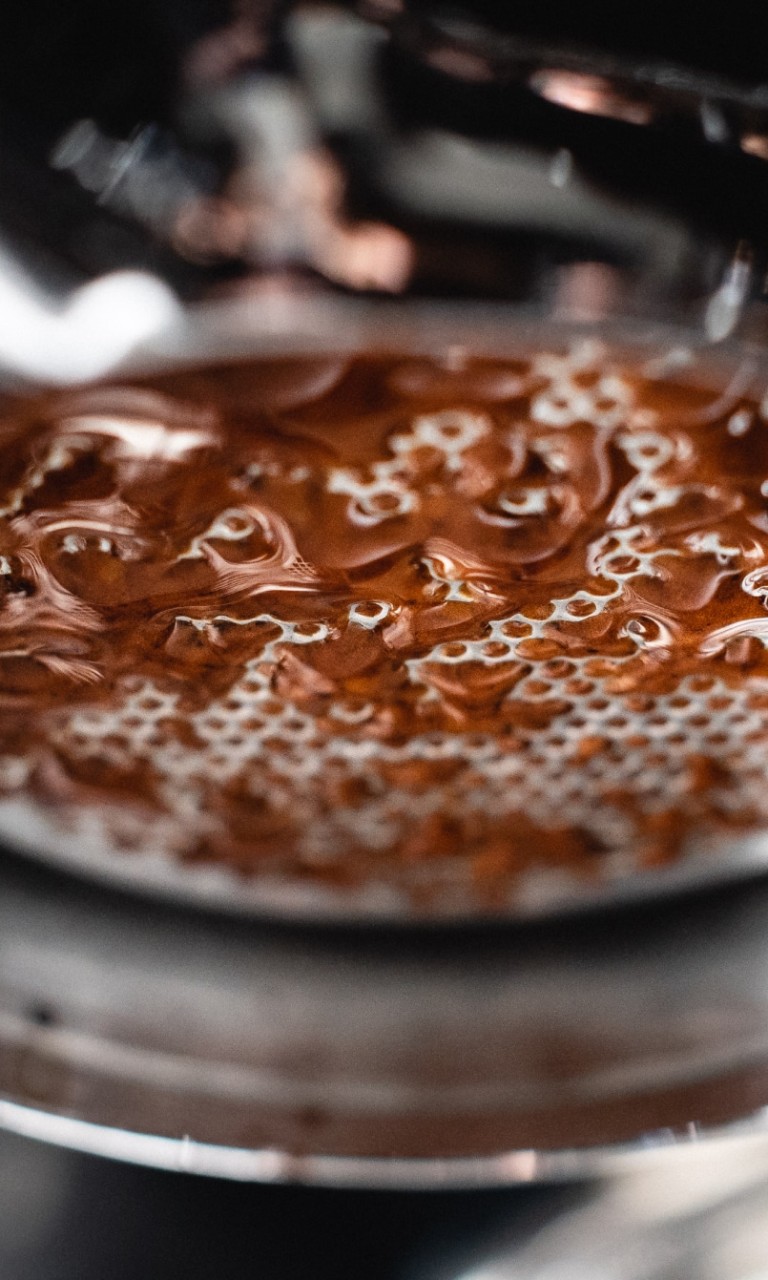 A quick primer on brewing at a lower pressure

Brewing espresso at 9-bars of pressure has been the standard since the early 1900’s. Originally, pressure was introduced to the coffee by way of a lever machine. A barista would literally “pull” a shot of espresso, assisted by a spring, forcing water through the finely ground coffee. Over time, the average pressure of this action was found to be just about 9 bars of pressure. And so, here we are. Most cafes and shops brew their espresso using 9 bars of pressure; in fact, every machine sent from the La Marzocco factory in Florence is calibrated to brew at this pressure.

Pressure is important, but it’s equally as important to think of pressure as just one of the variables that go into extracting your coffee. It works as a kind of “turbulence” during the brewing process, which in turn does extraction work on the coffee grounds. We see similar changes when adjusting the temperature of brewing water higher or lower. Typically, more of something equals more “work.”

So, what happens if we drop the pressure variable to something like 6 bar?

In this post, we’ll introduce the idea of brewing at a lower pressure, discuss some potential advantages, the differences, and in general how to do it. Whether you’ve seen people talk about brewing at 6-bar, or you’re just looking to try something new with your machine, here’s a quick primer on what we’ve been finding in our own homes.

How to Do It

Brewing at 6 Bar can be as simple as dropping the espresso machine’s pressure to a lower pressure. On the La Marzocco GS3 MP, this is possible without changing anything internally—it’s available at your fingertips by way of a paddle that gives you the ability to change pressure on the fly throughout the brewing process. On the La Marzocco Linea Mini, changing the pump pressure is done internally by adjusting the pressure screw located in the rear of the machine (a little research and patience is required).

Brewing at a lower pressure—much like changing the grind, or dose—means making changes to other variables in order offset the change you’ve made and to develop a brewing recipe that you enjoy. Here are a few differences we’ve found at 6 Bar.

Go with a finer grind size: This may sound opposite at first, but trust us. Using a lower pressure introduces less agitation during the brewing process. To think about this, we have to remember that no grinder produces perfectly-even particle sizes. Because of this, when we grind for espresso, we get very finely-ground dust particles—commonly referred to as “fines.” When agitation is introduced into the brewing process, these fines go through something called “fine migration” and they tend to end up down at the bottom of the coffee puck, creating extra resistance to the flow of water through the coffee puck. This is to be expected, and isn’t necessarily a bad thing.

Increase shot times: Don’t be afraid to extend your shot time 10+ seconds past what you’re used to brewing your espresso at. Less pressure, less agitation, less fine migration all add up to an overall slower extraction time. We’re finding that shots brewed at 6 bar can take anywhere from 35 seconds to 50 seconds. You’ll also notice that a 6-bar shot “drops” a few seconds later than normal, and that the flow is a bit more steady and consistent throughout the shot. This increased shot time combined with finer grind size can often produce a shot with a heavier, syrupy body.

Stay in your lane: Or don’t. One major change when brewing with 6 bar is that it can allow you to brew a lighter-roasted, or less developed single origin coffee at a ratio you prefer. Let’s say you love a 1:2 (normale) ratio, but you just received a light-roasted single origin coffee from Ethiopia as part of the La Marzocco Home Espresso Subscription. It’s typically easier to scrap your preference of a normale and jump up to a higher ratio (1:2.5 or higher). A style-surfing of sorts. There’s nothing wrong with it—in fact, we love to switch the style up. But, say you like the syrupy, thick body that comes with a normale, brewing at 6-bar can kind of facilitate this change due to the finer grind size and extended brew time.

Visually and mentally, these differences take some getting used to, but pushing yourself out of your comfort zone with espresso is all part of the fun. A lot of the above is anecdotal—stuff we’ve been messing around with as a team and really having fun with. Take it with a grain of salt.

Is it better? Not necessarily. Is it fun to experiment with? Absolutely.

Give it a try and let us know what you think. We’d recommend committing to it for at least a month to really get a feel for what’s going on.